For ambitious women, it’s not always an easy road to reach their career goals.

Yet women make up only 30 per cent of senior management roles in Canadian companies. They’re starting out ambitious, but they may not be realizing their dreams and plans as they move through their careers.

“Women can leverage their ambition when they have strong allies in their workplace,” says Isabelle Marquis, co-creator, managing director and partner at The A Effect. “Unfortunately, there’s a lot of unconscious bias in the workforce. It’s a really challenging thing and a reason why we don’t have enough women at the top.”

As an organization that supports companies in reaching their equity goals, our team at The A Effect is committed to examining what ambition looks like now for women in the workplace and what is holding them back, says Ms. Marquis. With the right approach and proper supports, organizations can help ambitious women thrive.

Women may not see themselves as ambitious because there’s long been a stereotype that it’s not a desirable trait for women, says Ms. Marquis. Men are often rewarded for being assertive and eager to climb the corporate ladder, while women can be labelled pushy, cold or bossy.

At the same time, unconscious bias may inhibit women from being heard and noticed by upper management. Women may be talked over at meetings, passed over for big projects or made to do “office housework” such as organizing birthday parties or taking notes, activities that can diminish them in the eyes of their peers and superiors.

“The first thing organizations need to do about unconscious bias is to recognize that it exists,” says Ms. Marquis. “And it has to start from the top, from the CEO – everyone has to be aware of it and willing to make a change.”

Fighting unconscious bias doesn’t have to cost a lot of money, she notes. She points to an organization in Montreal that brings someone into every meeting to look out for unconscious bias behaviour. They might flag, for example, when a woman’s idea gets ignored but then applauded when later reiterated by a man.

In another organization, a group of women made a conscious effort to support each other during meetings, says Ms. Marquis. “Each time one of them would give a good suggestion, very quickly another one of them would say, ‘That’s great, what she just said.’ The more you do [something like that], the more it affects how women are treated [in a workplace].”

Learn about your female talent, how to support their ambition and create a world where gender parity is the norm. Research, articles, events… Sign up for our corporate communications so you don’t miss a thing. 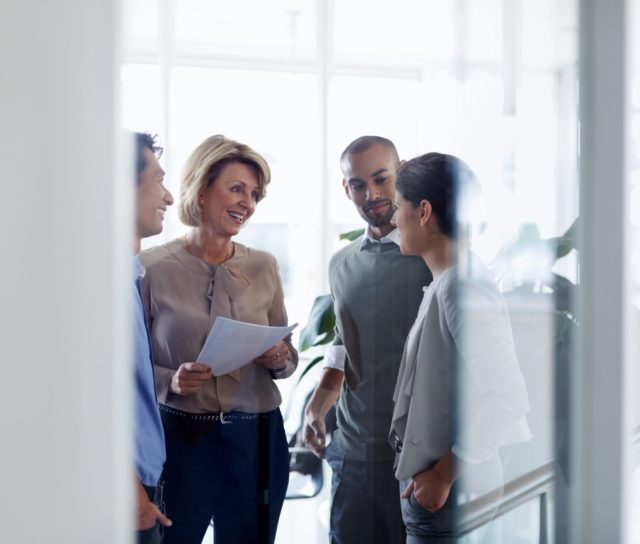 Some of the top goals mentioned by the women in the survey included earning a large salary, achieving their full potential, gaining the respect of their peers, developing their skills and working in an engaging field.

As for what’s holding them back? Top reasons included lack of confidence, lack of career opportunities and family obligations.

When women redefine what ambition, success and satisfaction at work looks like for them, they can get closer to achieving it, says Salwa Salek, chief equity, diversity and inclusion officer at Desjardins and a leader with The A Effect.

“For me, ambition means being the best version of myself,” she says.

Ms. Marquis agrees that the definition of ambition has evolved as more women chart their own path. For some, that might mean toning down the intensity for a few years because of family or other priorities, then getting back on track when the time is right.

“They are more inclined to make a horizontal move, because they realize that women who have a jungle gym kind of career have a better understanding of the whole business and develop different kinds of skills, which can be extremely useful once they get to the top.”

Our signature program is the Ambition Challenge, which runs over nine weeks and tackles topics such as confidence, risk-taking and developing your influence and network. Each woman taking part in the program selects a challenge they would like to achieve in 100 days. The participants are put into small groups and meet regularly to discuss pressing topics, learn from seasoned leaders and support each other in completing their challenges.

Based on the results of the survey, our model works – graduates of The A Effect’s programming were more likely to report feeling optimistic about reaching their career goals. They were also twice as likely to take risks, such as starting a job without the stated requirements, moving to a new city for a job or trusting their gut on a business decision.

As a leader, Ms. Salek helps deliver the influence workshop in the Ambition Challenge, sharing her thoughts on how influence matters when it comes to building careers and supporting others. “It’s very interesting to see that we don’t always have the same lens on things,” she says.

To move the needle for women and other underrepresented groups at work, Ms. Salek says companies should run workshops on topics such as unconscious bias. But she points out that such things work best if they align with a larger strategic initiative.

“If an organization wants to reach gender parity, the organization needs to make it a goal that is measured, and then follow up [regularly],” says Ms. Salek.

That happens at Desjardins, she says, and workshops for everyone, including executives and managers, have been making a difference. When organizations encourage women to mentor, champion and speak up for each other, it can dispel myths and build a robust infrastructure of mutual support.

“We need networks for women, built by women,” she says.

When organizations support women, they support their own success, says Ms. Marquis.

“You need to make sure women are at the table because they have valuable information about your customers,” she says.

Ms. Salek notes that as more organizations invest in equity, diversity and inclusion and do the work to support the advancement of women employees, they will develop effective leaders who have a fresh take.

“Women bring a more collaborative approach and get everybody around the table in order to find the best solution,” says Ms. Salek. “More [female] leadership is helpful for our organizations, and our society in general.” 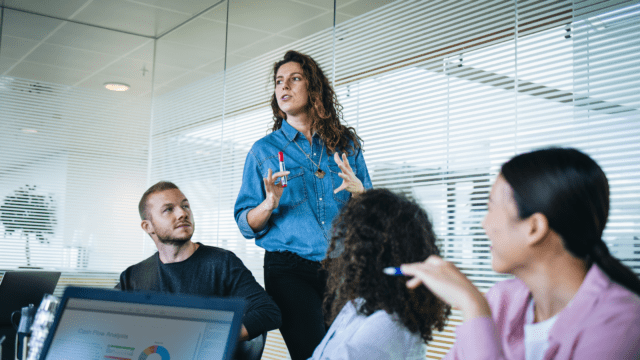 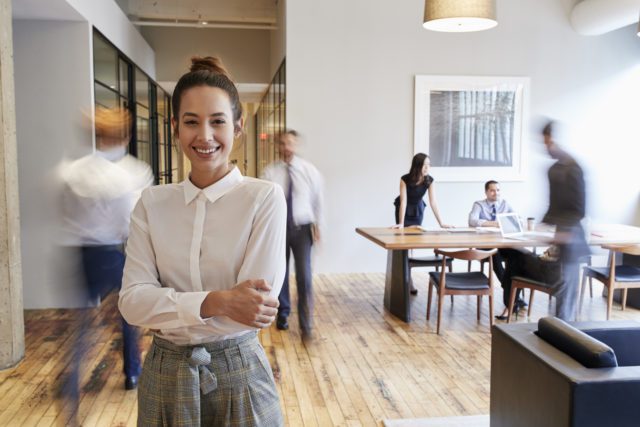